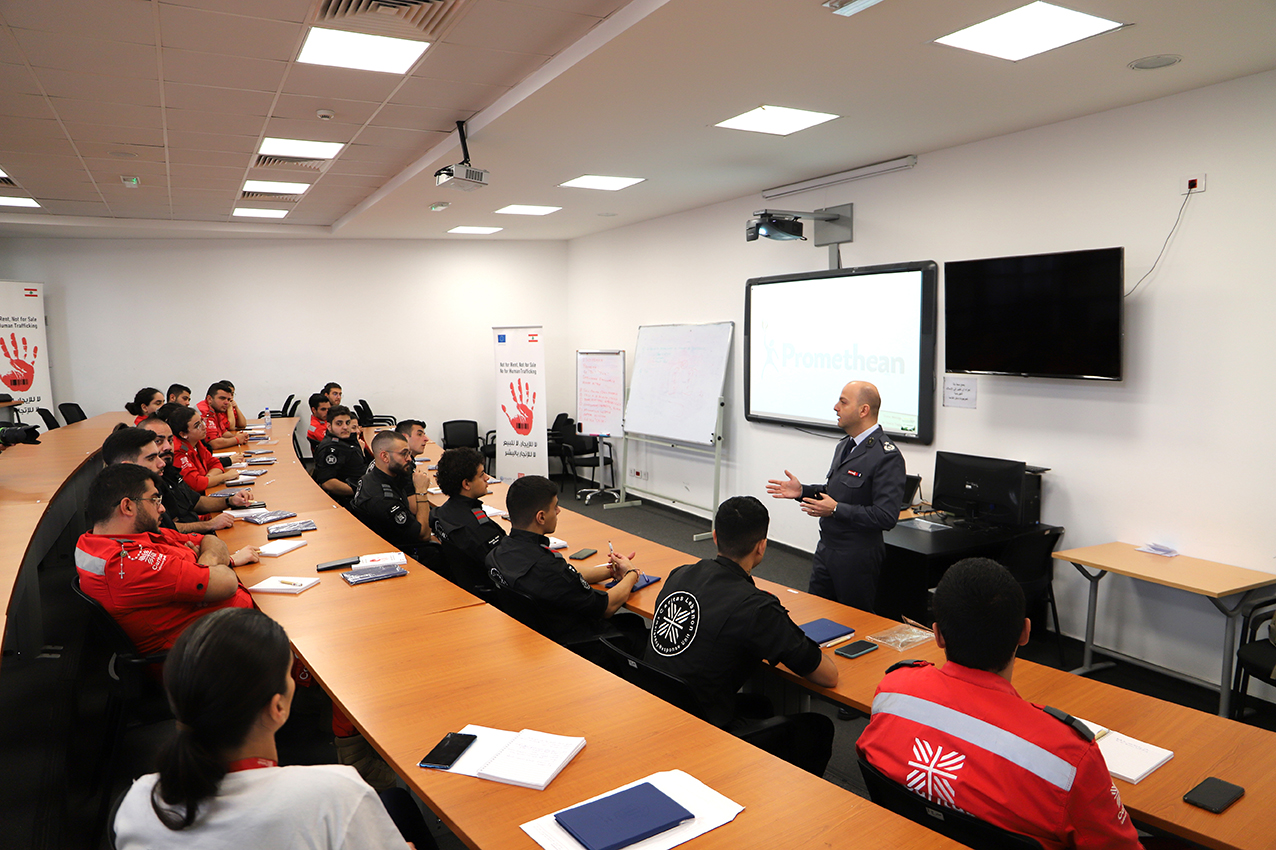 To combat “Trafficking in Persons”

Under the FIIAPP-CIVIPOL project funded by the European union, Caritas Lebanon in cooperation with the Internal Security Forces organized an awareness session under the title “Not for Rent, Not for Sale, No for Human Trafficking” with the participation of members from Caritas Lebanon Youth’s Emergency Response Unit at the Tactical Village at the ISF Academy in Aramoun.

Lieutenant Colonel Halim Al-Jurdi led the session, explaining what human trafficking is, ways to identify victims and traffickers, the methods used by traffickers and the cases where the law applies in an effort to fight this crime.

At the end of the session, Caritas Lebanon Youth, under the supervision and support from the ISF, set up a number of checkpoints in Ashrafieh and Zouk Mosbeh- Jeita to spread awareness and educate citizens about human trafficking, distributing pins in support of the campaign.